Why We Exist
Success Stories

Our Success Stories highlight individuals who have overcome barriers to improve their lives.

Juan. A story of second chances. 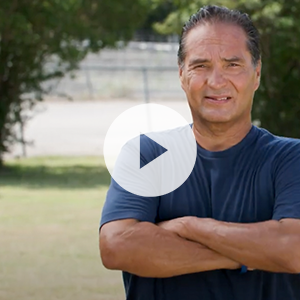 August 24, 2021 is a day that Juan will never forget It was the day he was released after 8 years in prison for selling drugs. While staying in a halfway house, he learned that Goodwill San Antonio had training opportunities for those like him who were reentering the workspace after being incarcerated. Juan was accepted into the construction training program. After completing the training, he worked 3 jobs to make up to his family for what they had lost. Now settled, he is working with one employer, applying his construction and landscaping skills. Juan realized not everyone gets a second chance and he is grateful for being able to contribute to society in a positive way.

Tino. A story of second chances. 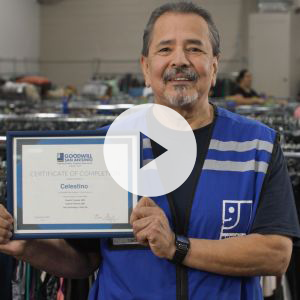 After the death of his mother, Tino began drinking heavily, which led to DUIs and time in prison. Upon his release, he visited a Goodwill Good Careers Centers for employment assistance and gained employment with Goodwill. After some struggles where he had setbacks, he has gained his confidence back and is on the road to success.

Sierra. A story of opportunity. 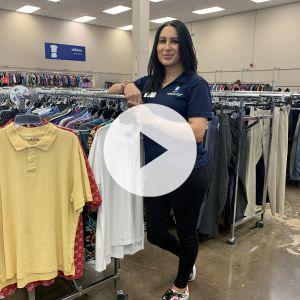 After high school, drugs steered Sierra down a dark road. Once she hit rock bottom, she moved in with her mom and found work at Goodwill as a cashier. Three years later, she is a manager of a Goodwill Store and thriving.

Becky. A story of perseverance. 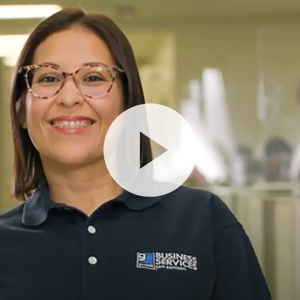 Born with spina bifida and abandoned by her mother as a child, Becky learned early on to face life's challenges. Now, Becky is thriving in a position that allows her to use her skills to help others.

Christina. A story of achievement. 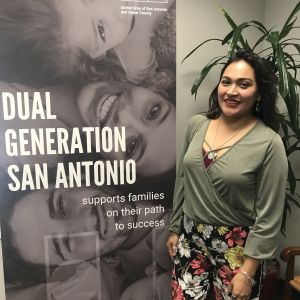 After receiving assistance with tuition, scrubs, and immunizations, she completed the Pharmacy Technician program in 2019.
Today, as a married mother of four, she is employed full-time and on a path of financial stability for her family.

Mignonne. A story of hope. 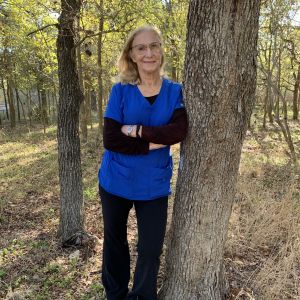 As Mignonne and her husband were preparing to move to San Antonio, she lost several family members within three months to various illnesses.  Devastated, the challenges escalated when her husband lost his retirement benefits from a career in the oil and gas industry.

With little savings and no retirement to fall back on, Mignonne needed immediate income to stabilize her family's situation. But a career search in a new city was proving difficult.

Frei. A Story of perseverance.

Frei grew up taking care of her sisters while her mother battled issues that affected the family. That passion to care for others continued as Frei became a mother to her own children. But when her son passed unexpectedly, the trauma that followed almost became more than she could bear. Frei lost her job, her home, and at times had no transportation, yet found the strength to persevere.

Maria. A story of courage. 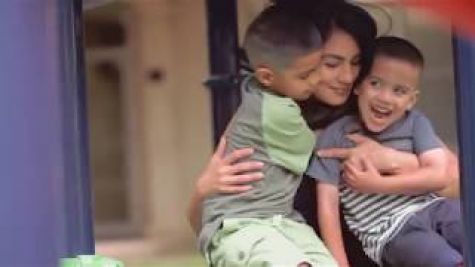 Maria became a young mother only to fall into the cycle of domestic violence she grew up in. But when the abuse overflowed to her children, Maria knew something had to change. With no home, no money, no vehicle and no support, Maria turned to Goodwill San Antonio, who provided an immediate opportunity for employment, child care assistance, and case management support. With help from Goodwill, Maria has found the confidence and means to stand on her own.

Syretta. A story of redemption. 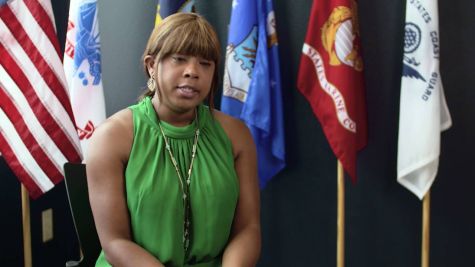 After serving for 6 years in the US Army, Syretta used her educational benefits and enrolled in a nursing program. Obstacles in life made the journey to receiving her education tough, but her faith kept her strong. Syretta attended a Goodwill Veterans Resource and Career Center job fair and was hired for a Goodwill San Antonio contract job at Randolph Air Force helping Veterans receive their decorations and benefits. Her new career allows Syretta to honor her fellow Veterans.

Michael. A story of determination. 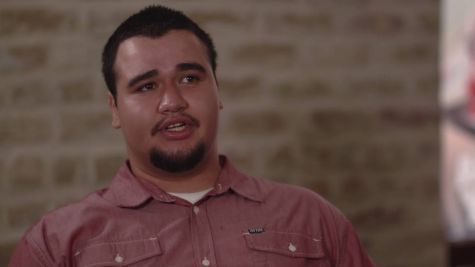 After being laid off from the oil company, Michael needed to find a job quickly to avoid losing the family home. As his unemployment benefits were running out, he learned about the Commercial Drivers License program from Good Careers Academy. After completing the program, Michael was able to earn a rewarding career as a Commercial Truck Driver, allowing him to continue providing for his family.

Evelyn. A story of persistence. 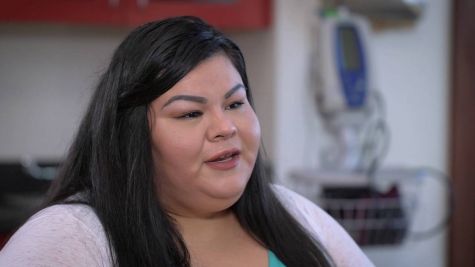 During her teen years, Evelyn went through some hard times that led to a pregnancy, dropping out of school and serving a 3-year prison sentence. Hitting rock bottom, Evelyn knew that she had to make changes in her life. Through the Fresh Start program, Goodwill San Antonio helped her re-enter into society and earn a wage in a retail position. With the encouragement of her store manager, Evelyn applied to the Nurse’s Aide program. Her training and dedication led to a Supervisor position for a community healthcare agency.

Virginia. A story of accomplishment.

Virginia, as a single mother of two, realized going back to school was the only way she would have financial security for her and her family. With the help of Goodwill San Antonio and the Good Careers Academy, she obtained a trade certification in a high-demand occupation as a Licensed Certified Pharmacy Technician. She now has options and is considering pursuing a career as a Pharmacist. 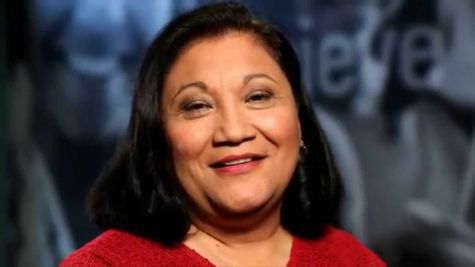 Martha wanted to purchase a house, but with a Class B license, she did not have the finances to achieve this dream. She knew becoming a Class A truck driver would not only advance her career, but would also enable her to realize her dream. However, she lacked the confidence to pursue a Class A license. The Goodwill Commercial Truck Driving License program offered through the Good Careers Academy, was the opportunity she needed. With the encouragement from Goodwill, she obtained her Class A license and is looking forward to purchasing a house.

Travis. A story of determination. 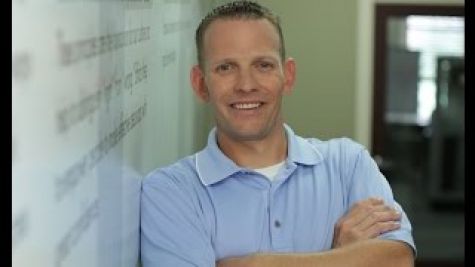 As a medically retired veteran, Travis and his family saw an uncertain future ahead. Both he and his wife were looking for employment to support their three children. With the help of the Goodwill Veterans Resource and Career Center, he was able to obtain a position with the Awards and Recognition Center at Randolph Air Force Base. Aided by the Good Careers Academy, his wife was able to complete the Certified Nurse’s Aide Program. Goodwill helped them secure their futures and gave them back their self-worth. 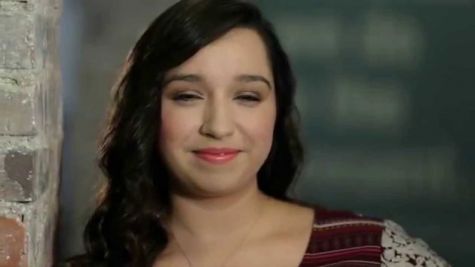 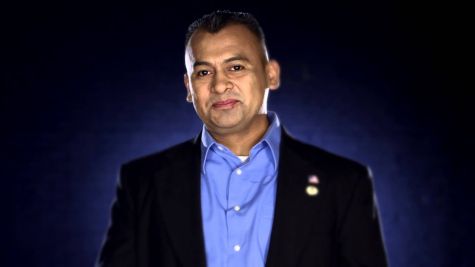 Samuel retired from the U.S. Army and was ready for a second career. Enrolled at Goodwill’s Good Careers Academy (GCA), Sam got the training he needed to transition into a promising new career as a Pharmacy Technician, a high-demand, high-growth occupation in our area. Today, Sam is no longer worrying about how he will take care of his family. He is on the path to a new career and a brighter future. 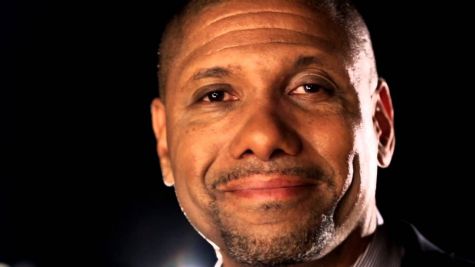 After more than 20 years of serving his country in the U.S. Air Force, Richard made the leap into the civilian world. Though he was retiring from the military, he knew he wanted to do more with the rest of his life. When he heard that Goodwill offered a Veterans Outreach Program designed to help military veterans transition into civilian careers, he knew he had help in reaching new goals. Now, after forging a new career path with help from Goodwill, Richard is in turn providing hope and guidance to others as a financial counselor for United Way. 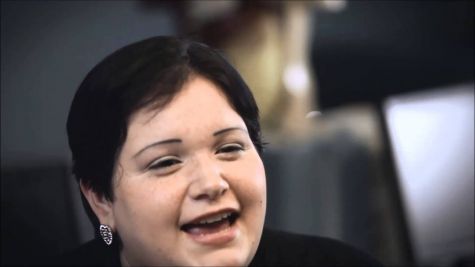 Iliana lost her job while going through a high-risk pregnancy and for a time, she was homeless. She discovered the career opportunities offered through Good Careers Academy (GCA) while living in a shelter and decided she wanted to go back to school. Goodwill offered resources and solutions to overcome obstacles she had. As a certified Medical Assistant, she now has a career, not just a job. Her next goal is to buy a house for her kids and Goodwill helped her start that dream.

San Antonio Food Bank
safoodbank
If you picked up a holiday box earlier this month for #holidayboxwithfox, please get your filled boxes to the San A… https://t.co/qX7sVDerdP
1 month 2 weeks ago
⇄ Goodwill San Antonio Retweeted

Mrs.D
MrsDfashion
Prepping for the 2nd Annual Fiesta Fashion Show with @goodwillsa has begun!!! Stay tuned for more behind the scenes… https://t.co/xANhkFTkOg
2 months ago